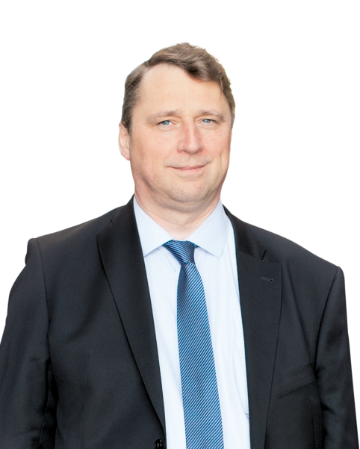 The last few months have been turbulent, they have also shaken up our market. The further developments as well as the consequences for the economy cannot yet be foreseen: But we members have each done our best - and supported by the common network in one case or another - to stabilise the situation of employees and companies. Challenges are always also opportunities based on which we can grow together.

Here and there we were all able to learn something new, for example how to substitute unnecessary business trips; in large corporations, travel costs fell by up to 80 percent, as stated in reports. Despite Zoom, Skype and teams, appreciative personal exchanges will continue to be one of the most important and beautiful features of our association life.

We wish you a lot of enjoyment and that you obtain a lot of useful information while reading it, also in the name of the board,

Michael Jursch
Chairman of the board

The United Kingdom left the EU on 31 January 2020. The transition period during which future relations between London and the 27 remaining members of the European Union will be renegotiated ends at the end of this year. It is quite possible that an unregulated withdrawal of the United Kingdom from the EU internal market (hard Brexit) will occur by the end of these negotiations. This would mean that the partners’ future trade relations would be governed by the regulations of the World Trade Organisation.

A hard Brexit would also have an impact on the mutual recognition of vehicle type approvals. Information on the procedure to be followed by EU-based trailer manufacturers when exporting their goods to the UK is available on the UK Government’s website::

Here we have provided the most important information in summary form:

A. EC type-approvals that are already existing on 31 December 2020

All the information is provided without any guarantee of its correctness. Please note, as already clearly outlined here, that the legal situation is in a state of flux and the outcome of the negotiations between London and Brussels has not yet been finally determined.

Speed limit of 100 km/h in Switzerland

Whereas up to now the speed limit for car/trailer combinations with O1-/O2 trailers in Switzerland was 80 km/h, a welcome new regulation will come into force on 1 January 2021. In this case, “light motor vehicles” (maximum authorised mass not exceeding 3,500 kg) with a trailer whose maximum authorised mass does not exceed 3,500 kg are allowed to travel at a speed of 100 km/h on motorways and on roads that are green-labelled like motorways – provided that the trailer is designed to travel at such a speed by the manufacturer.

Drivers must find out for themselves from the type approval of their trailer whether it can be transported at a speed of 100 km/h. The Swiss authorities also explicitly point out that the specifications of the manufacturer of the respective towing vehicle regarding the maximum towable load must still be observed. 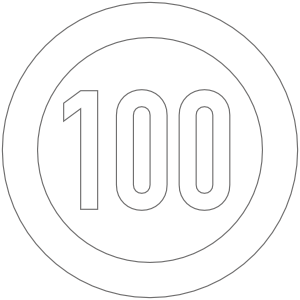 There are no other provisions by contrast with the German 100 km/h regulation. By way of an example, you do not require shock absorbers, a speed badge or even a test. The reasoning of the Swiss government should also cause the Berlin government to reflect on this area: Various demands have been made in the Swiss Confederation to introduce a 100 speed limit regulation based on the German model. “However, due to the fact that almost all trailers are now type-approved for a speed of at least 100 km/h, such a regulation would lead to an excessive increase in red tape.”

Due to the fact the new provisions form part of the Swiss Traffic Regulations Ordinance, they apply irrespective of the country in which the trailer or towing vehicle is registered. This means, for instance, that transit travellers crossing Switzerland with an O1-/O2 trailer will also benefit from it as long as they fulfil the conditions described above.

The double insurance policy that has applied to date for the towing vehicle and trailer respectively is now history. It was economically nonsensical and also led to unnecessary premiums for trailer insurance policies. With the reform of trailer liability in the German Road Traffic Act (StVG), the main risk has now finally once again basically been assigned to the towing vehicle, even if trailer owners are not exempted from liability per se. The Act on the reform of trailer liability entered into force on 17 July 2020 (see Federal Law Gazette Part I No. 35 dated 16 July 2020, page 1653 et seqq.). The Trailer Industry Association (TIV), together with the German Association of the Automotive Industry (VDA) and the German Association of Insurers (GDV) had worked to secure this change. It is expected that the trailer insurance premiums will decrease.

Owners of trailers can rejoice. The 50 percent liability that applied to date will be terminated and limited to a minimum amount. In future, accident damage will generally be paid for by the owners of the towing vehicles. It is based on a new standard in road traffic law, the “Law on liability in the event of accidents involving trailers and car/trailer combinations in road traffic.” Consequently, a liability of the trailer only applies if it increases the risk, for instance because it is parked on a sloping road, rolls away and causes third-party damage. The owner is also liable if the trailer causes damage due to a technical defect.

The new regulation corrects a ruling by the Federal Court of Justice (BGH), which had been a thorn in the side of trailer and car manufacturers and insurers for a long time. The consequences of the judgement were a significantly higher amount of administrative work involved and a higher claims burden among other things. Trailer rental companies in particular had to accept significant increases in premiums, because according to the court ruling the trailer was always liable for 50 per cent of any damage caused. The insurer of the towing vehicle initially had to settle 100 percent of the damage and then seek regress from the trailer insurer for 50 per cent of the damage. In the case of vehicles originating from abroad, recourse claims had to be enforced via the Green Card Agreement.

Insurance premiums will be reduced

According to experts, premiums for commercial trailers will now fall sharply, especially in the fleet business sector. However, the reduction is likely to be much smaller for owners of private caravans, whose premiums had increased only marginally in the past.

R+V Allgemeine Versicherung AG has already announced a short-term reduction in liability premiums for trailers. It can be assumed that Kravag Logistik, which plays a leading role in the German fleet business, will also reduce premiums and, as in the case of the premium increase in 2011, other fleet insurers will follow suit.

Both the German Insurance Association (GDV) and also the German Association of the Automotive Industry (VDA) had expected a new regulation as early as 2013. It took another seven years before the arguments were heard and implemented in the desired amendment to the law. The Trailer Industry Association (TIV) had also supported the demand. In the case of the other concerns that TIV is pursued we are faced by similarly large challenges.

This piece was produced using material from the VDA and the article “Car trailers – insurance becomes cheaper” by Uwe Schmidt-Kasparek at Firmenauto.de.

Anti-dumping duties: No influence upon trailer wheels up to 16 inches in diameter

Mr Dilz, of the STARCO company, confirmed following the final conclusion of the EC investigations on steel rim imports from China, that trailer wheels with a diameter of up to 16 inches are not affected.

“The following products are excluded: [ ... ] Wheels for passenger car trailers, caravans, agricultural trailers and other trailed agricultural equipment used in fields, with a diameter of not more than 16 inches.”

If you are interested, the exact wording of the “Official Journal of the European Union L259 Volume 62” can be found here:

This means we can put the subject to one side for TIV for the time being. Many thanks to Mr Dilz for the information.